Say ‘enough’ to CMP corridor
The biggest lie of all is CMP’s claim that Question 1 on November’s ballot targets businesses for actions that were done “legally” in the past. 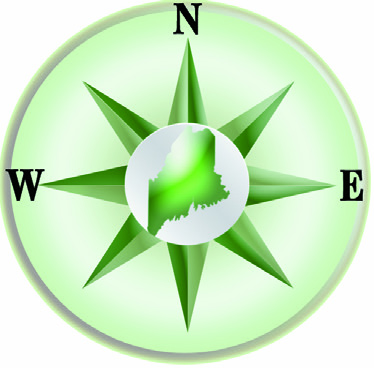 As the district attorney for Kennebec and Somerset counties, it is my job to ensure public safety and pursue justice by examining criminal, traffic and civil violations to determine if there is sufficient evidence to prosecute. In this role, it’s critical to advocate for the interest of all victims, respect law enforcement agencies and responsibly steward public resources.

While holding offenders accountable, I must also protect their constitutional and legal rights. It’s a delicate balance and a whole lot of work, but I am incredibly proud to provide this service to the people of central Maine.

Separate from my role as DA, I’m a longtime volunteer in the effort to stop the CMP corridor because I view it as an environmental scam designed to enrich a few massive foreign-based corporations at the expense of our state’s beauty and people. It is through this lens that I am now sounding the alarm that the many ads we’re seeing in opposition to Question 1, funded by the very same corporations who stand to make billions, are grossly misleading and designed to confuse Maine voters. I fully agree with Portland Press Herald columnist Bill Nemitz that the new narrative pushed by CMP and Hydro-Quebec is “an insult to Maine voters,” “entirely disingenuous” and “painfully transparent.”

If the project’s benefits were real, CMP would be shouting about them from the mountaintops (which will soon be covered with 100-foot-tall, hideous steel poles to transmit power for Massachusetts, if they get their way). But they’re not, because Mainers are smart enough to know a good deal when we see one, and the CMP corridor is decidedly a bad deal for Maine’s environment and economy.

Instead, CMP and Hydro-Quebec (a crown corp. owned 100% by a foreign government) have invented a new “bogeyman” called retroactivity. It’s a diversion and illusion meant to invoke great fear in the hearts of all Maine voters.

But the truth is, it’s completely unfounded since retroactivity is already codified in Maine statute 1 M.R.S. § 302.

This statute has been on the books for decades, and is used all of the time. For example, the Legislature recently enacted a law to investigate contamination of land and groundwater by PFAS, highly-toxic forever chemicals. This new law directs the Department of Environmental Protection to evaluate the soil and groundwater at locations licensed or permitted to apply sludge or septic prior to 2019. Retroactivity is clearly built into this law because it is necessary to protect public health and safety, and it’s just one of many examples of lawmakers using their discretion to look back at licenses and permits that were issued lawfully in the past.

There are countless other examples of retroactive laws that have been upheld by the courts.

For example, in State v L.V.I.

But perhaps the biggest lie of all is CMP’s claim that Question 1 on November’s ballot targets businesses for actions that were done “legally” in the past. Question 1 is in fact retroactive to the first illegal lease issued to CMP to degrade Maine public land. A judge has now confirmed that this lease, and a subsequent one, were issued in direct violation of the Maine Constitution. The Legislature has also denounced the illegal actions that were taken to enrich the lowest-rated utility in the nation at the expense of our public lands.

Question 1 this November will give the people of Maine the final say in if this project should move forward or not, and it will set the tone for future projects like it. I hope you will consider voting yes on Question 1 to stop the CMP corridor. CMP has proven time and again that it answers to its international shareholders, not Maine ratepayers.

This is our chance to say “enough” and reject the constant stream of lies we’re being subjected to ahead of the Nov. 2 election.

Maeghan Maloney is district attorney for Kennebec and Somerset counties.